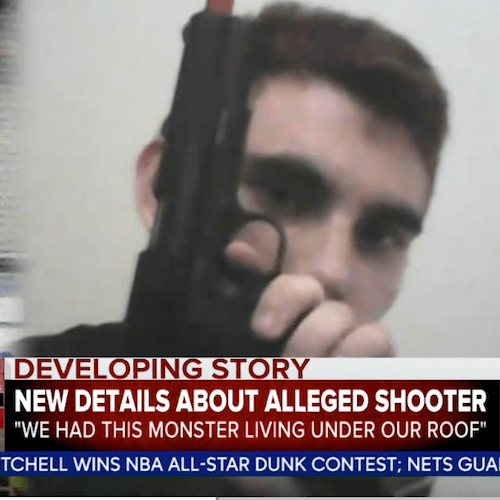 Florida school shooting suspect Nikolas Cruz may have been left a large inheritance by his late parents, meaning he could potentially afford to hire private counsel and may not be allowed to use a court-appointed defender.

Howard Finkelstein, the public defender of Broward County, Florida, filed a motion on Tuesday asking a judge to conduct an “indigency determination” on the 19-year-old suspect after reports surfaced that he could stand to inherit $800,000 from his parents.

“It could result in us being removed from the case,” Finkelstein told ABC News in a telephone interview this morning. “The question here is, are there enough resources to pay for a lawyer?”

Finkelstein said his office was assigned by the court to defend Cruz after he filled out an application for criminal indigent status the day after he was arrested in the Feb. 14 massacre at Marjory Stoneman Douglas High School in Parkland, Florida, that left 17 dead.

Cruz’s 68-year-old adoptive mother, Lynda Cruz, died unexpectedly on Nov. 1 after contracting pneumonia, according to documents filed in the Broward County Probate Court and obtained by ABC News. His adoptive father, Roger Cruz, died in August 2004 at the age of 67, according to court records.

Each died without leaving a will.

But according to the court motion filed by Finkelstein’s office, Lynda Cruz’s attorney, William Bromley, petitioned the probate court on Dec. 14, 2016 — before her death — “to reopen and continue the administration of an estate wherein Nikolas Cruz may be a beneficiary.”

The estate in question was that of Nikolas Cruz’s father and Lynda Cruz was seeking to transfer the family’s home into her name to sell it, according to court documents obtained by ABC News. “[Lynda Cruz] is actively pursuing loss mitigation in regards to the … property, and has a contract in place to short sell the property,” the petition states. Property records show she sold the home a month later for $575,000.

Following his mother’s death last November, Nikolas Cruz and his younger brother, then 17, went to live with a family friend, identified in court records as Rocxanne Deschamps.

Nikolas Cruz briefly lived with Deschamps, but moved out around Thanksgiving and went to live with James and Kimberly Snead, the parents of a friend.

The Sneads claimed that Nikolas Cruz told them he stood to inherit in a few years at least $800,000 from his deceased parents’ estates, the couple’s attorney, Jim Lewis, told ABC News.